This weeks featured Internet Marketing Expert in The Publicity Hound herself, Joan Stewart.

Publicity expert Joan Stewart shows you how to use free publicity to establish your credibility, enhance your reputation, position yourself as an expert, sell more products and services, promote a favorite cause or issue, and position your company as an employer of choice.

Here’s what Joan has to say about using Twitter to promote your business. Take it away Joan!

It’s an unlikely name for a social networking site that some of the largest companies in the world are using for customer service, crisis communications, customer retention and one of the cheapest and most powerful marketing tools on the planet.

The free microblogging service allows users to write messages, up to 140 characters long, directly at the site at Twitter.com, via instant messaging, or through third-party applications such as Facebook.

The service asks the question “What are you doing?” While many people respond with things like “I’m taking off for lunch at Panera’s” or “I’m trying to repair my printer,” others have found a wide variety of ways to use it as a valuable business tool.

Twitter is so named because the flow of updates is like the chirping of a bird. When you send an update, it’s called a tweet. The people who tweet are called twitterers or tweeters, not twits. And when you rebroadcast a message that has appeared earlier, that’s called a retweet.

When you sign up for Twitter, you get a page where your updates are published, as well as those of the people you follow. The concept of following is similar to adding friends on other social sites. Other Twitter features include the ability to send direct messages to your contacts and to mark tweets as favorites so you can find them easily later.

One reason for Twitter’s success is the wide array of methods you can use for posting updates.

In addition to the web-based interface on the Twitter site itself, users can take advantage of instant messaging or mobile phones to send updates to their home page. In addition, there are several Twitter mashups (web applications that combine Twitter data with other data) that enhance the functionality of the basic web interface. These tools allow you to update Twitter from your desktop or from unsupported I’m clients, to post links to photos, to search for particular keywords, to update Twitter from your blog, to use it with other social networking sites, and to track updates around particular topics.

Businesses and nonprofits are experimenting with dozens of ways to use Twitter. Here are just a few of them:

I’ll bet you can come up with at least three ideas on how you can use it. I hope you’ll follow me on Twitter by clicking on the “Follow” button under my photo. I’ll follow you, too.

For dozens more ideas on how businesses and nonprofits are using Twitter, see “Special Report #52: How to Use Twitter for Business to Network, Promote, Sell, Recruit & Profit.”

Thank you Joan for your brilliant insight about using Twitter.  We look forward to hearing seeing you back again on The Happypreneur blog very soon!

Subscribe to get interesting stuff and weekly updates from Celene for a healthier and happier home and family.

I'm a coffee loving wife, mom, grandma and lover of all things pertaining to online marketing, living a healthier lifestyle, feeling good about myself and where I'm at in this stage in my life.

I'm a Crispy Mama (Kinda Crunchy but not quite. I'm not willing to give up my hair products and I would NEVER ever eat my own placenta!) Oh... and I am crazy about my backyard chickens!

God has blessed and enabled me to be a blogger, home business coach and network marketing leader. The tricky part was figuring out how to find balance between business and My Happy Place in life. With His help, I've been able to do just that.

This site uses Akismet to reduce spam. Learn how your comment data is processed.

We use affiliate links to support this blog, my coffee and backyard chicken habits. But don’t sweat it, it won’t cost you a penny more.

Tailwind Has Increased My Blog Traffic by 80% 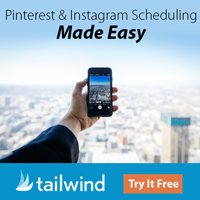 Absolute best optimized schedule times, hashtag suggestions & analytics that show you exactly what's working. Tailwind scheduling tool has changed my business & it can change yours too!

Just So You Know…

The information on this website has not been evaluated by the FDA and is not intended to diagnose, treat, prevent, or cure any disease.
Some blog posts contain affiliate links. If you purchase from them I will make a commission that keeps me in coffee and my backyard chicken addiction – with no additional cost to you. Go here for my full disclosure and legal mumbo jumbo.

Celene Harrelson is a participant in the Amazon Services LLC Associates Program, an affiliate advertising program designed to provide a means for sites to earn advertising fees by advertising and linking to Amazon.com

Send this to a friend